Pupils benefit from a brand new 3G pitch thanks to a grant from the Football Foundation.

McArdle Sport Tec were delighted to work in partnership with TigerTurf after winning a competitive tender, as the chosen contractor to construct and install a new full size 3G community football pitch at the Oxford Academy. The artificial pitch was officially opened on the 3rd October with special guests from Oxford United FC.

The 3G community football pitch was made possible by securing a £579,201 grant through the Football Foundation. The funding enabled the academy to replace an existing grass pitch with a state of the art 3G pitch built to FIFA Quality standards. The new facilities are expected to increase football participation in the area by 266% according to the Football Foundation. Pupils at the Oxford Academy will benefit from the new pitch in addition to partner clubs, Greater Leys FC, Florence Park FC, Oxford Blackbirds FC, Horsporth YFC, Union Street FC, Littlemore RFC and local primary schools.

The installation of the pitch by McArdle took approximately 14 weeks in total, and during the build, 5,000 tonnes of stone was imported, six floodlight columns were erected and a total of 7,420 square metres of TigerTurf Atomic Pro 60 artificial turf was laid.

“The Premier League & The FA Facilities Fund provides the investment necessary to improve grassroots football facilities. So, I am delighted to see the Oxford Academy join thousands of local clubs and organisations who have reaped its benefit, in this case through the opening of a new 3G community football pitch. My thanks go to Oxford United FC players who took the time to unveil the facility.

Having delivered over £1.4 billion of grassroots sports infrastructure projects, the Football Foundation has developed a network of accessible, first-class facilities in areas they will have the greatest impact – thanks to money from the Premier League, the FA and the Government via Sport England.

These facilities are more than places to play football at, these facilities are hubs of physical activity, the bedrock of local communities and ‘homes from home’ for so many who also use them as social outlets to learn new skills, gain work experience and other qualifications.” 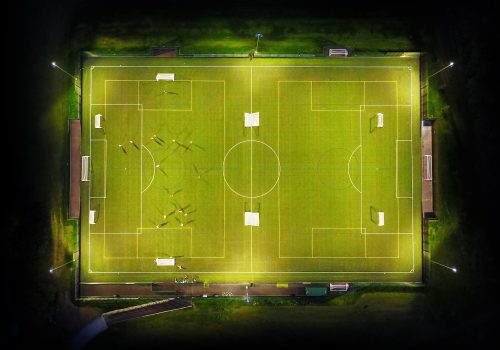 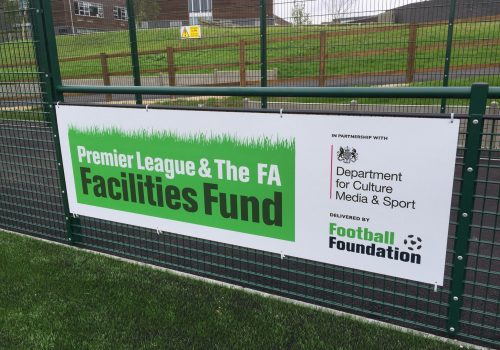 BACK TO CASE STUDIES

“The Oxford Academy would like to thank the Football Foundation and the Premier League & The FA Facilities Fund for the support and funding provided for this project. As a facility we have struggled to accommodate local sports clubs for their training and fixtures in recent years.”

“This new facility will enable us to provide a state-of-the-art facility, along with our current facilities, to local community clubs. As a school, one of our objectives is to serve the community in the evenings and weekends. This project has allowed us to take a step closer to achieving this.”

We offer a comprehensive service from conception and planning through to design and construction.